While my original Scout32 design is gets over large obstacles remarkably well for its size, it’s still a bit limited by being so small, especially outdoors. So, I decided to build a bigger one! How did I do this? Well, I basically just scaled the entire thing up by exactly two. 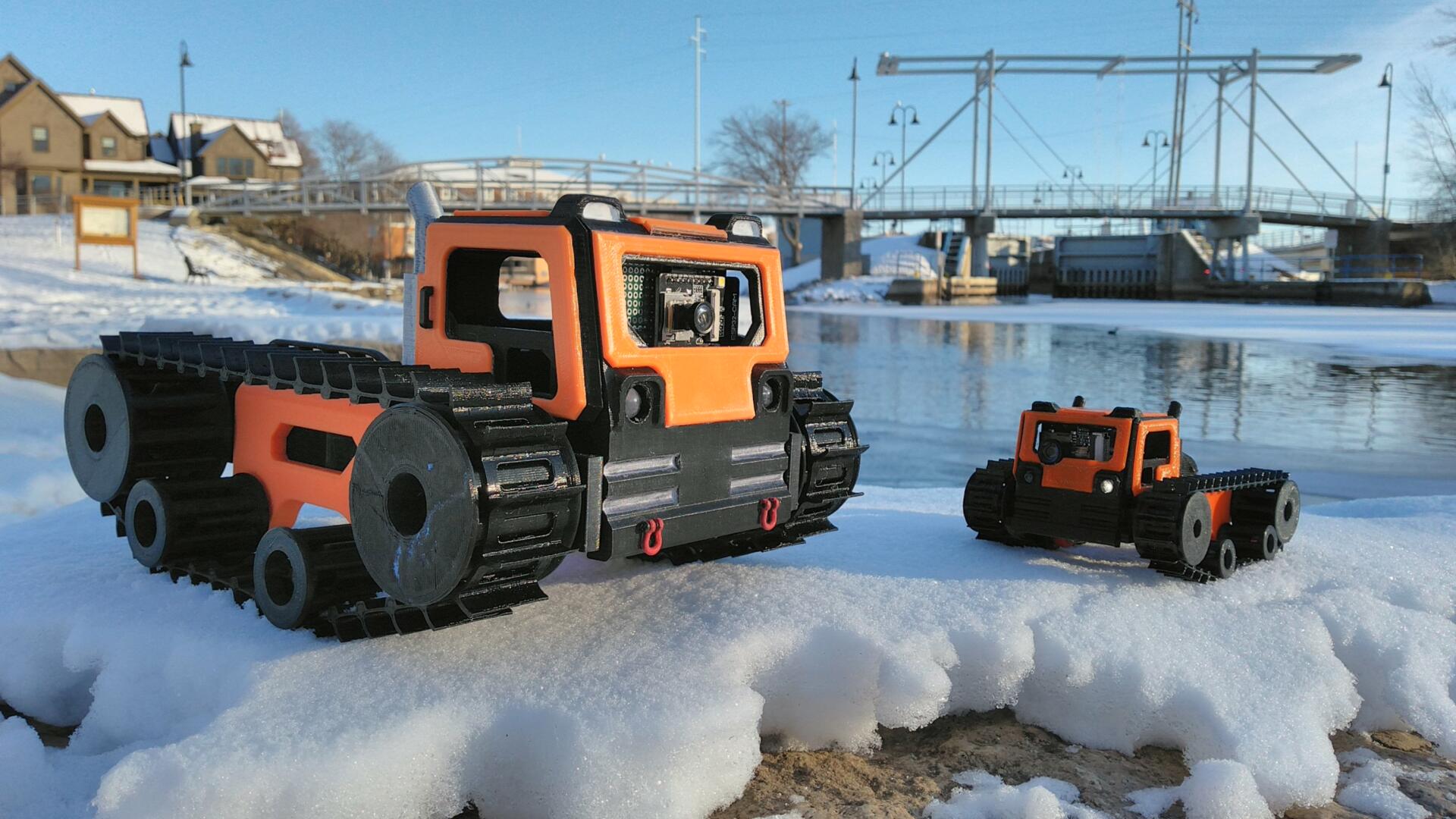 The only thing I really needed to rework was the motor mounts. I have a version of the Scout designed to use N20 gearmotors, and as luck would have it, these 370 sized gearmotors are almost exactly twice the dimensions… just a bit more… round. I was able to tweak some dimensions around, and the large motors fit perfectly.

So how does it perform? Well, really well actually! Like the original Scout32, the weight balance is great for pulling itself up and over objects without flipping. The additional size and speed make it a lot more fun to drive, as you can cover so much more ground in the same amount of time, but it’s still small enough to drive around most indoor areas without trouble. It’s also perfect for carrying around your smaller Scout32.

To better accommodate the larger size, I made some improvements to the code. I tweaked the sensitivity of the controls so turns are more controllable at speed, and added some much needed failsafes. Yes, that’s right, the code now has such a basic features as runaway protection. Wow! No longer does the scout wander off into the void any time you lose signal, as there’s a watchdog that monitors a heartbeat signal from the web interface and detects when a disconnection occurs. (please greenscreen the scout wandering into the void).

While I was at it, I also finally updated certain code dependencies so the software now compiles on the newest version of the ESP32, which seemed to result in better wifi performance and a higher camera framerate. The new code updates run just as well on the smaller Scout32 as my XL build, so I highly recommend updating to the newest version. Finally, thanks to popular demand, I now added code support for the MX1508 motor driver! While I often recommended using Micro ESCs to power an N20 version of the Scout32, the new code fork works with MX1508 motor drivers or similar motor drivers such as the L298n.