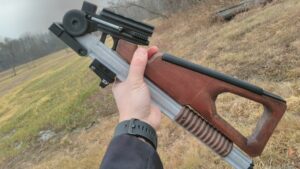 The Grizzly is a 3D Printed 22 caliber break barrel survival rifle. First and foremost, this was not designed by me, but by Mussy, who is a large contributor to the printed firearms community, with literally thousands of designs on Thingiverse. The G22 caught my eye for being a very simple but versatile platform. Almost the entire thing is 3D Printable, and functions using a simple break action and lock, with a striker similar to my own PG22 designs. The allows for some fairly neat Pistol designs, but the Grizzly survival rifle really caught my eye, as I had always wanted a compact folding survival rifle, but couldn’t justify the cost of some of the common production models. 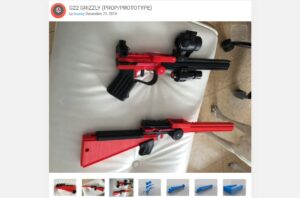 Unfortunately, the initial mockup of the Grizzly was a bit too short to be considered a rifle, so I got to work remodeling the stock and extending the barrel. As usual, I printed the stock using wood PLA, which I sanded and stained. The stock also doubles as extra storage for spare ammo. As always, I used a 22-caliber rifled barrel liner, and used it to create a 16.5” barrel. I opted for extension springs on my build instead of rubber bands, and I think the resulting rifle looks quite nice.

The entire rifle is capable of folding in half, making it very compact. Operation is very simple, being a break barrel with manually cocked striker. While there is no ejector, it’s fairly easy to manually eject spent cases. Once sighted in, accuracy seemed quite good, considering the sight can be mounted directly to the barrel. 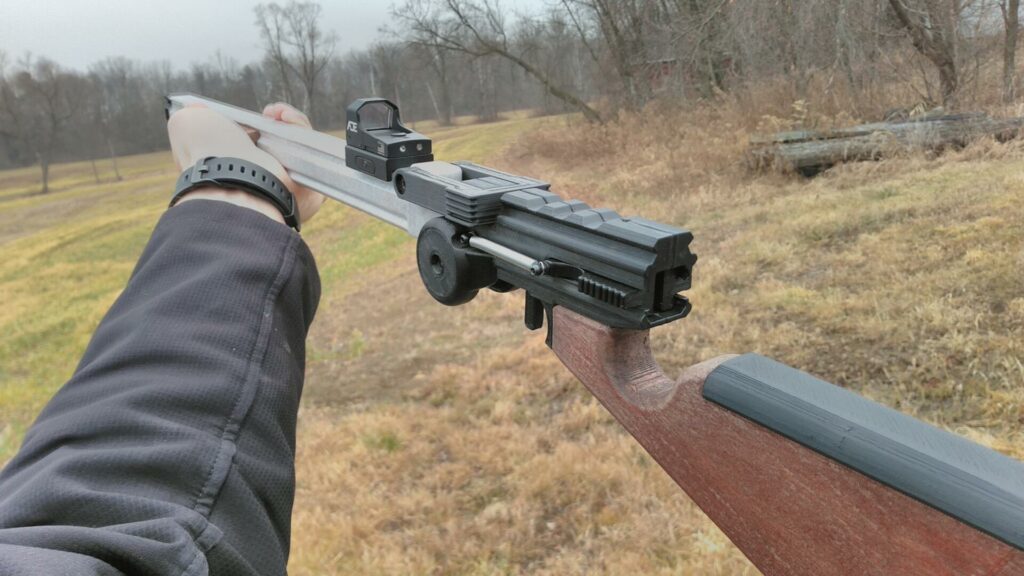 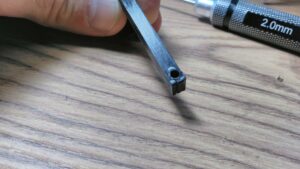 I fired about 75 rounds through it, and unfortunately, had a problem with the trigger cracking after repeated use, so this may be something to watch out for, as PLA does tend to get brittle when flexed too much. I revised the design, allowing the plastic to flex further back, better distributing the force along the length of the trigger. I also added a retaining nut instead of relying on threading a screw through plastic. These changes should make the design much safer to shoot, and it also greatly improved the feel of the trigger pull. 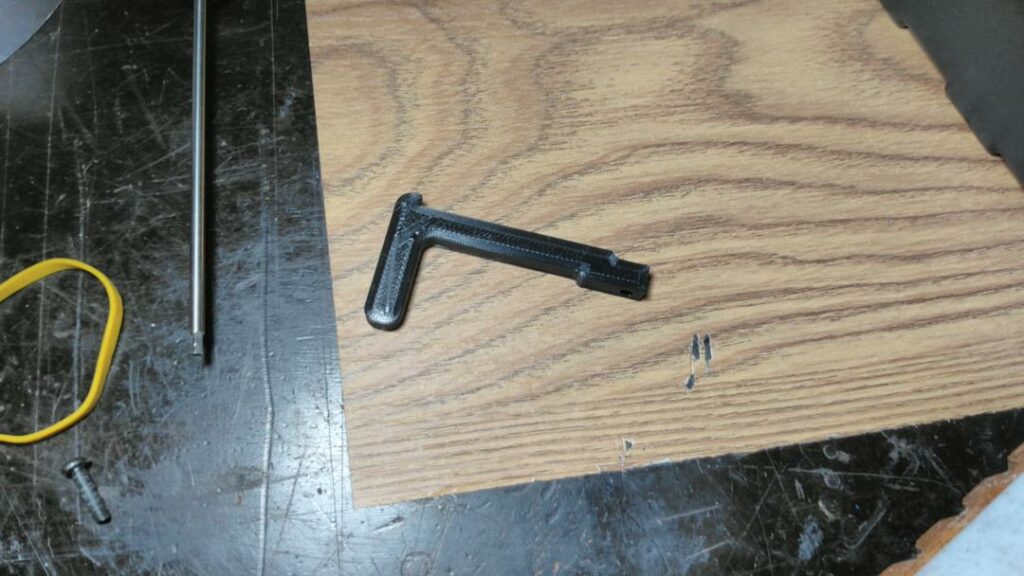 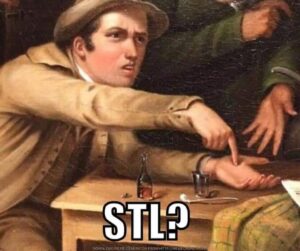 Of course, I’m probably going to get the usual flood of people asking where to download the files. I don’t host any of the files I make or modify as I want to avoid potential complications in doing so, but the files do usually end up making their way around some of the enthusiast communities, so check around, as they are out there.

Overall, I highly recommend the G22 in any variation. Again, all thanks goes to Mussy and his brilliant designs, along with everyone else who has contributed to the G22. The design is extremely cheap and easy to assemble, is fun and accurate to shoot, and can be modified to make it into whatever you want.